The Singer Building – Tallest Building Ever Destroyed Until 9/11

Posted on October 2, 2012 by keithyorkcity

An artist’s rendering of the Singer Building
(Library of Congress)

The Singer Company was founded in 1851 in New York. It quickly became the leading manufacturer of sewing machines in the world. Flush with cash and highly active in New York real estate in the later decades of the 19th century, Singer decided to build a monument to its own success in 1908 at the corner of Broadway and Liberty in downtown Manhattan. 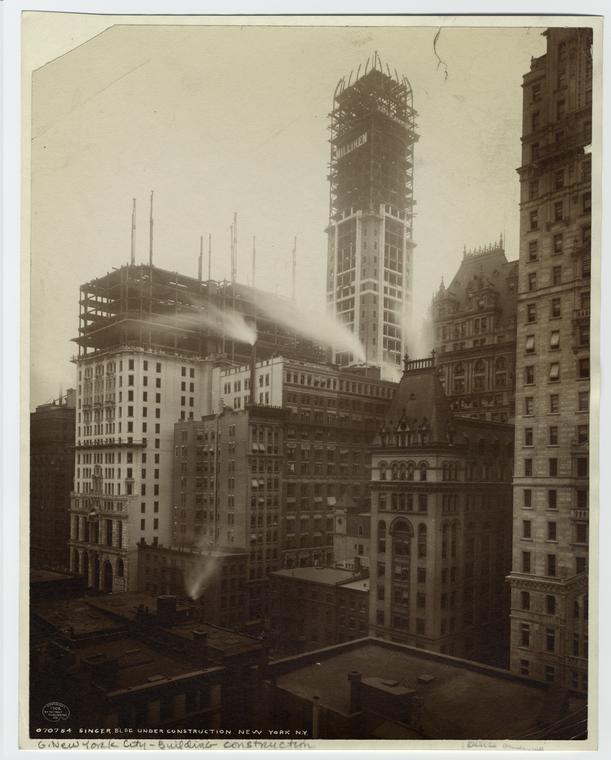 The Singer Building towering over its neighbors in 1909. Everything in the foreground is now part of the World Trade Center.
(Library of Congress)

By the 1960s, the age of the sewing machine had begun to pass, and Singer downsized to office space at Rockefeller Center. After attempting, unsuccessfully, to lure the New York Stock Exchange to the building, developer William Zeckendorf sold the tower to US Steel, who quickly drew up plans to demolish the 50-year-old tower. Her small floor plates weren’t conducive to modern office layouts, and the mid-twentieth century was not an era of widespread nostalgic preservation.

The wrecking ball starting swinging in August of 1967 and the building was mere rubble the following year. It remained the tallest building ever destroyed in the world until the attacks of September 11th brought down the Twin Towers of the World Trade Center, which coincidentally stood just across the street from where Singer formerly reigned. 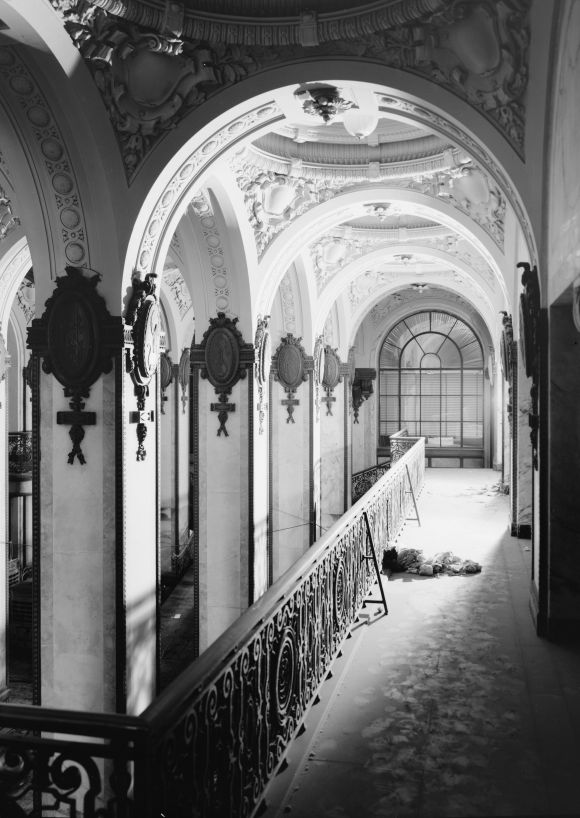 An interior gallery of the Singer Building, shortly before destruction in 1967
(Library of Congress) 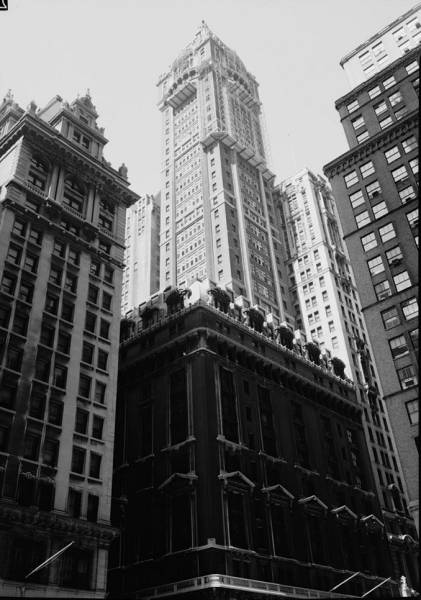 The Singer Building being deconstructed in 1967
(nyc-architecture.com)

In place of Singer, today we have 1 Liberty Place, completed in 1972: a hulking black monument to modern architecture.

Name: Keith Age: 20-something Location: New York Passion: History You'll find a million blogs like mine, but mine is better.
View all posts by keithyorkcity →
This entry was posted in Places, Skyscrapers and tagged Lost History, New York City, Singer Building, Skyscraper. Bookmark the permalink.